This study aims to determine the effect of parenting itself on the socio-emotional development of children in TK Santa Maria Fatima Merauke. This research is quantitative research with the type of research used is ex post facto. The research was conducted in group B of TK Santa Maria Fatima Merauke. The subjects of the research were the children of group B of the Santa Maria Fatima Kindergarten in Merauke in the 2022/2023 academic year, totaling 24 students. Data collection techniques used are observation and documentation. The instrument used is in the form of a questionnaire or questionnaire on parenting patterns and children's social emotional development.The results of the study obtained the results of the t test, namely the significance value (0.009) less than 0.05, so that H0 was rejected, the results of the F test with the value of Sig. of 0.009. Value of Sig. This is smaller than 0.05 (5 %), and the results of the regression model equation obtained are Y=49.176+0.66x_1+e. In addition, the coefficient of determination (R Square) of 0.269 (26.9 %). Thus, it can be concluded that there is an effect of parenting on the socio-emotional development of the children of Group B Kindergarten Santa Maria Fatima Merauke with the given effect of 26.9%. 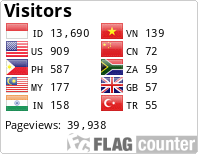 JPOE is licensed under a
Creative Commons Attribution-ShareAlike 4.0 International License